Bull vs Bear Market: Investing in Good and Bad Times

If you’ve ever heard someone talking about bull or bear markets and wondered what the hell they were talking about you’re not alone. These are common terms in the world of finance, and many people will just assume you know what they mean. Don’t worry if you don’t, we’ll go through both in detail below along with how to best handle each.

What is a Bull Market?

When you hear somebody referring to a bull market, they will typically be talking about the stock market. Still, it’s possible to apply the term most other financial markets including bonds, currencies, commodities or real estate.

What Causes a Bull Market?

The short answer is a strong economy. An economy is healthy when people with excess money are lending or investing, and people who require cash are borrowing to build their dreams. Interest rates are generally lower during bull markets as it encourages investment and risk. These factors and many others typically lead to increased revenues and profits for public companies which push valuations high. As prices start to climb, it can also create an air of optimism that builds momentum that takes prices to new heights.

What is a Bear Market?

At some point or another, the momentum and hype around assets will die down, and valuations will retract. When a market has fallen 20% from its peak, we have entered a bear market. You may be surprised to learn that bear markets are not uncommon. Since 1900 there has been 19 bear markets (including at the time of writing this, the current one 2020). Despite this, the Australia market has returned a little over 13% on average per year over the past 120 years. Highlighting the importance of being invested for the long-term.

What Causes a Bear Market?

Bear markets can be caused by many things, but they usually occur at a time of higher interest rates, low liquidity and low optimism. As money becomes harder to find and lending dries up, the economy will typically contract. Even before the data shows this decline, the markets will usually lose their sense of optimism and prices will begin to decline. Despite how bad they sound and generally feel the silver lining is that bear markets can create some of the best investment opportunities.

Oddly enough it is believed that the phrases of bull and bear markets derive from the way each animal attacks with a bull thrusting its horns up and a bear swiping its claws down. Hopefully, that visual will help you remember which is which. 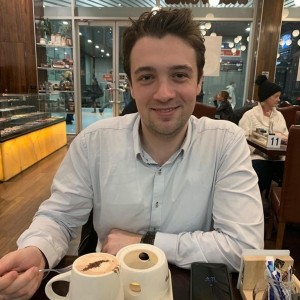 Kyle Schache
Like many, I wasn't as good with money as I should have been in my late teens and early twenties. Now in my late twenties and the holder a bachelor and masters degree both specialising in finance I spend my time optimising my investments and providing general advice to others.

Timing the Stock Market: How to Get the Best Returns

There’s an old Chinese proverb, ‘the best time to plant a tree was 20 years ago. The best time is now’. Investing is no different, here’s why. When Is the

We’ve all heard of market crashes, and we’ve likely heard of  bull and bear markets  but what is a market correction and how should you handle it? What is a

If you understand how  compound interest  works, you know that earning 10% per year will double your money in less than 10 years, but how long will it take? With

What Is a Sinking Fund?